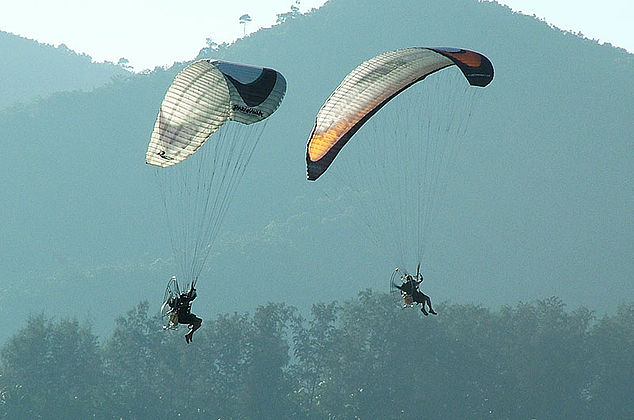 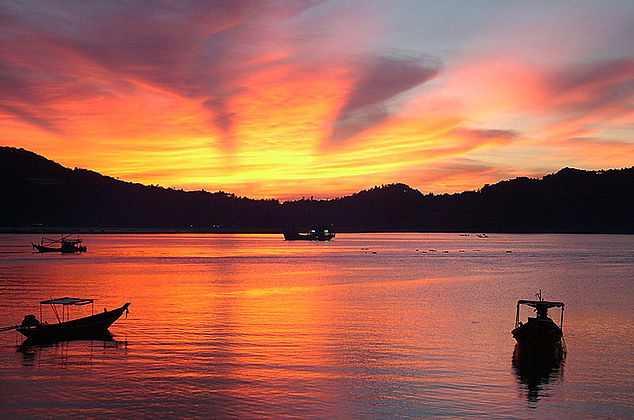 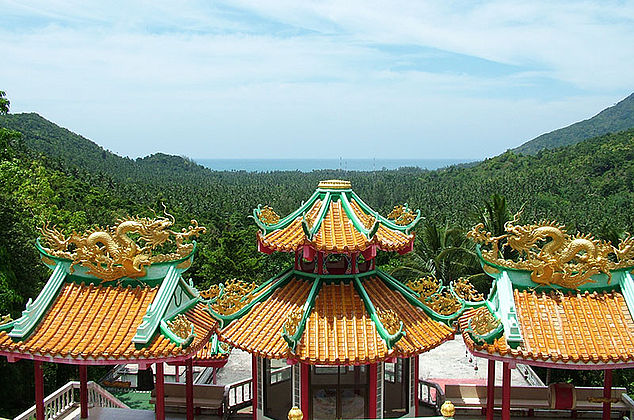 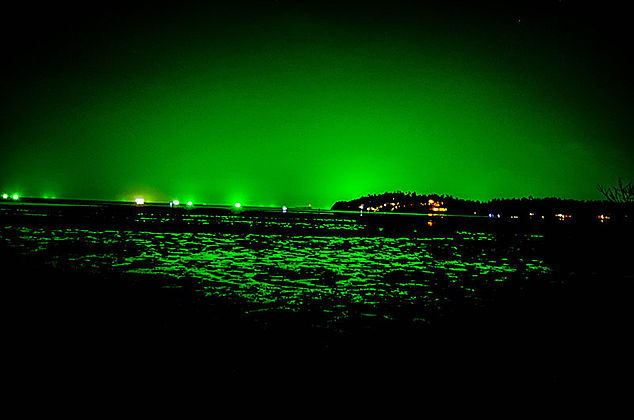 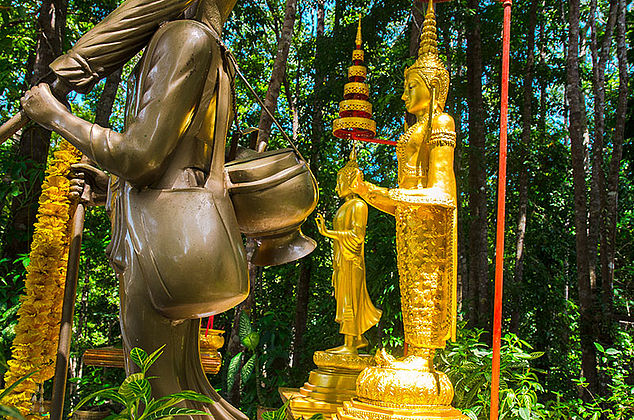 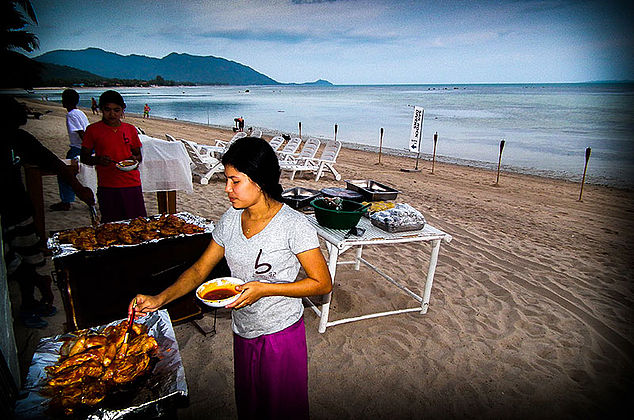 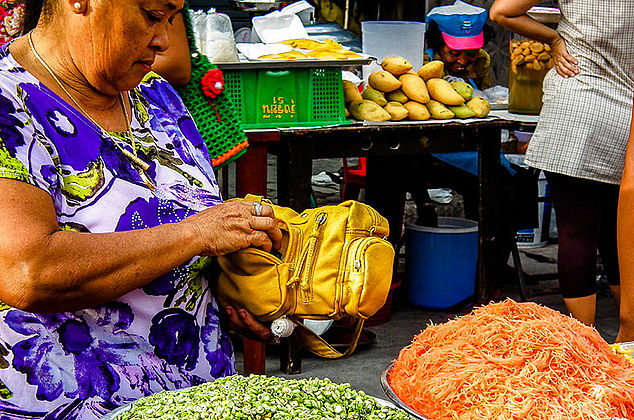 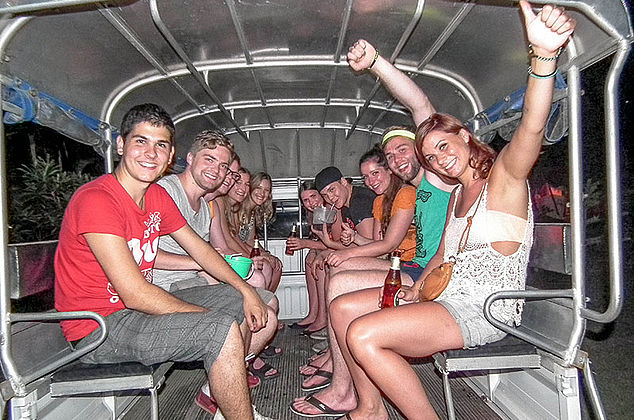 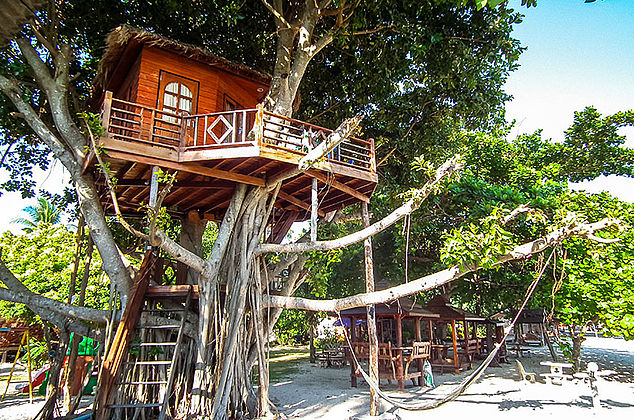 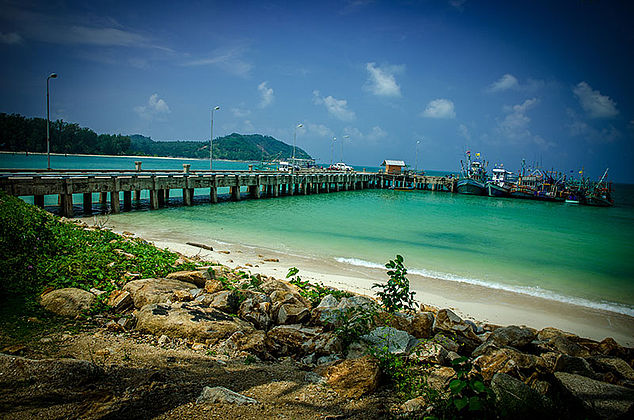 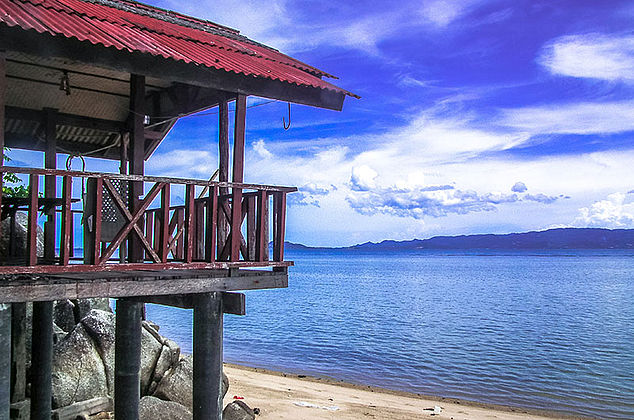 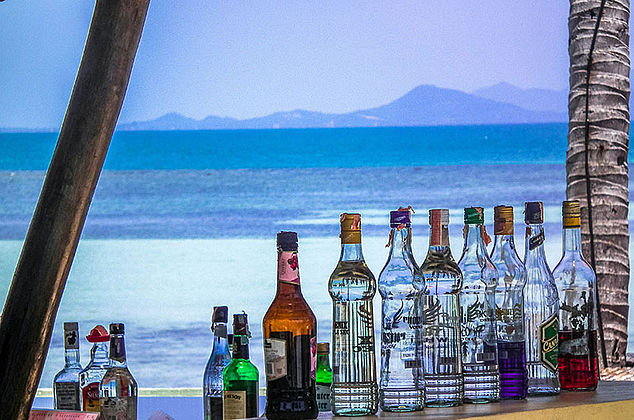 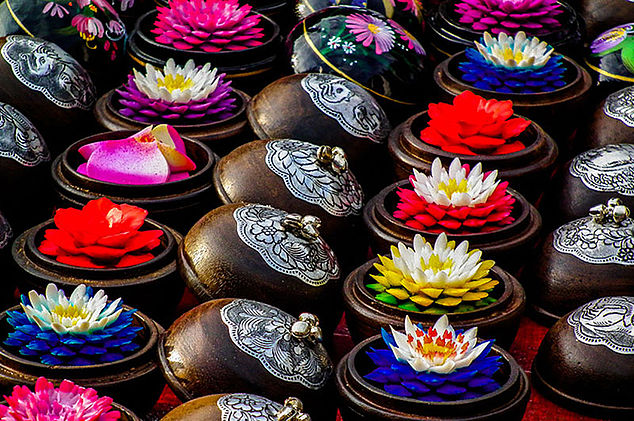 About Koh Phangan
General background on Koh Phangan with photos and information.

“The Kingdom of Thailand draws more visitors than any other country in south-east Asia with its irresistible combination of breathtaking natural beauty, inspiring temples, renowned hospitality, robust cuisine and ruins of fabulous ancient kingdoms. Few countries are so well endowed. From the stupa-studded mountains of Mae Hong Son and the verdant limestone islands of the Andaman Sea, to the pulse-pounding dance clubs of Bangkok and the tranquil villages moored along the Mekong River, Thailand offers something for every type of traveller.” The Lonely Planet

Thailand has a rich and colourful culture, and many exotic monuments and stunning beaches, which draw millions of visitors each year, ranging from budget-conscious backpackers to those seeking luxurious pampering in a spa. Where else but Thailand can visitors cruise on a converted rice barge, roar upriver in a long-tail boat and take a white-knuckle ride on a bamboo raft, then stay in jungle tree houses as guests in the homes of hill tribe villagers, or on raft-houses floating on a river? Equally memorable are the trails leading deep into the rainforest past cooling waterfalls, and the simple beauty of the translucent sea lapping onto endless white, soft sand. Not to be missed is dynamic Bangkok, a city that is larger than life, with its futuristic high-rise buildings juxtaposed against the glittering Grand Palace.

Early morning is when the saffron-robed monks leave the sanctuary of their Wats to receive alms from the people, be it in a dusty village or on crowded city streets. Buddhism is a way of life here and with the reverence the people have for the monarchy, a dynasty that has maintained the independence of the country for centuries, the result for the Thais is a blend of tradition with contemporary living.

Thailand is a constitutional monarchy with His Majesty King Bhumibol Adulyadej, or King Rama IX, the ninth king of the Chakri Dynasty, the present king. The King has reigned for more than half a century, making him the longest reigning Thai monarch. Thailand embraces a rich diversity of cultures and traditions. With its proud history, tropical climate and renowned hospitality, the Kingdom is a never-ending source of fascination and pleasure for international visitors.

The Kingdom of Thailand lies in the very heart of Southeast Asia, making it a natural gateway to Indochina, Myanmar and Southern China. Its shape and geography divide into four natural regions: the mountains and forests of the North; the vast rice fields of the Central Plains; the semi-arid farmlands of the Northeast plateau; and the tropical islands and long coastline of the peninsula South.

The country comprises 76 provinces that are further divided into districts, sub-districts and villages. Bangkok is the Capital City and centre of political, commercial, industrial and cultural activities. It is also the seat of Thailand's revered Royal Family, with His Majesty the King recognised as Head of State, Head of the Armed Forces, Upholder of the Buddhist religion and Upholder of all religions.

The mountainous North with its profusion of multi-coloured orchids, fascinating native handicrafts and winter temperatures are sufficiently cool to permit cultivation of temperate fruits such as strawberries and peaches. The high Northeast Plateau, which still jealously guards its many archaeological and anthropological mysteries.

The Central Plain, one of the world's most fertile rice and fruit-growing areas with colourful traditional culture and way of life as well as the sandy beaches of the East Coast and vibrant cosmopolitan Bangkok. The peninsular South where the unspoiled beaches and idyllic islands complement economically vital tin mining, rubber cultivation and fishing.

The estimated population is 64 million of which approximately 9.3 million live in Bangkok and its vicinities. Ninety-four percent of the population are Thai-speaking Buddhists; Thai is also the official language of the country. Four distinct dialects of the Thai language are spoken, in the central, northern, southern and in the north-eastern regions, the latter being closely related to the Lao language. In the four southern provinces of Pattani, Satun, Yala and Naratiwat near the Malaysian border, the majority of the population is Muslim and speaks "Pattani" Malay. In the mountains of the northern region there are approximately 525,000 highland people who speak distinct languages.

From about 1850 until the Second World War there was a steady flow of immigrants from China who established themselves in commerce and as artisans throughout the country. The population of Chinese origin now comprises 10-15 percent of the total population. The Thai Government has successfully encouraged the assimilation of the Chinese, and the younger generations are Thai citizens and speak Thai.

Bangkok (Krung Thep) has been the capital since 1782. Bangkok metropolitan area is by far the most significant urban area in the country. The per capita income in Bangkok is more than triple the national average of US$ 2,200 per year (1998). The next largest city, Nakhon Ratchasima in the north-east, has a population of 2.5 million.

Large provinces, apart from Bangkok and Nakhon Ratchasiama, are Khon Kaen, Ubon Ratchathani and Udon Thani in the north-east, Nakhon Si Thammarat and Songkla (where Hat Yai city is located) in the south, and Chiang Mai, Chiang Rai in the North.

Thai (80%), Chinese (10%), Malay (3%), and the rest are minorities (Mons, Khmers, Hill Tribes) Ethnic Thais form the majority, though the area has historically been a migratory crossroads, and has thus produced a degree of ethnic diversity. Integration is such, however, that culturally and socially there is enormous unity.

Spoken and written Thai is largely incomprehensible to the casual visitor. However, English is widely understood, particularly in Bangkok where it is almost the major commercial language. English and some European Languages are spoken in most hotels, shops and restaurants in major tourist destinations, and Thai-English road and street signs are found nation-wide.

Thailand has had a constitutional monarchy since 1932. Parliament is composed of 2 houses, The House of Representatives and the Senate. Both representatives and senators are elected by the people. A Prime Minister elected from among the representative’s leads the government. The country is divided into 76 provinces. The Bangkok Metropolitan Administration comes under an elected governor. Appointed provincial governors administer the other 75 provinces (Changwat), which are divided into districts (Amphoe), sub-districts (Tambon) and villages (Mu Ban).

Changes on a daily basis

The red, white, and blue stripes symbolise the nation, Buddhism, and the monarchy, respectively.

The time in Thailand is seven hours ahead of Greenwich Mean Time (+7 hours GMT + 6 in summer when the clocks go forward).

Koh Phangan TV are a specialised agency looking after accommodation for Koh Phangan Island in Thailand. With insider knowledge of the area, the accommodation options and the Island culture it means that we can offer customers a very personalised service.

Organising taxis and collecting our customers from the ferry are all part of the value that is offered to guests. Travel advice and assistance are available for customers who have booked using one of our websites for Koh Phangan. Require extra beds or have specialist requests, need to specify the location of your bungalow - then we can help. We reply usually within 12 hours although in most cases it will be a lot less than this – sometimes just a few minutes.

Koh Phangan TV would like to ensure that your booking with us has the best personal attention.

Why Koh Phangan TV are Special

Local knowledge is
the key to your enjoyment

Why trust a robot ?
We give you personal attention

Start the holiday of a lifetime
here